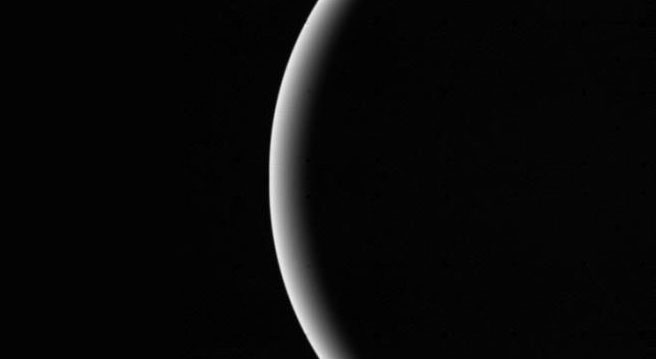 NASA's Voyager 2 spacecraft flew closely past distant Uranus, the seventh planet from the Sun, in January 1986.

Voyager 2 radioed thousands of images and voluminous amounts of other scientific data on the planet, its moons, rings, atmosphere, interior and the magnetic environment surrounding Uranus.

Since launch on Aug. 20, 1977, Voyager 2's itinerary has taken the spacecraft to Jupiter in July 1979, Saturn in August 1981, and then Uranus. Voyager 2's next encounter was with Neptune in August 1989. Both Voyager 2 and its twin, Voyager 1, will eventually leave our solar system and enter interstellar space.

Voyager 2's images of the five largest moons around Uranus revealed complex surfaces indicative of varying geologic pasts. The cameras also detected 11 previously unseen moons. Several instruments studied the ring system, uncovering the fine detail of the previously known rings and two newly detected rings. Voyager data showed that the planet's rate of rotation is 17 hours, 14 minutes. The spacecraft also found a Uranian magnetic field that is both large and unusual. In addition, the temperature of the equatorial region, which receives less sunlight over a Uranian year, is nevertheless about the same as that at the poles.