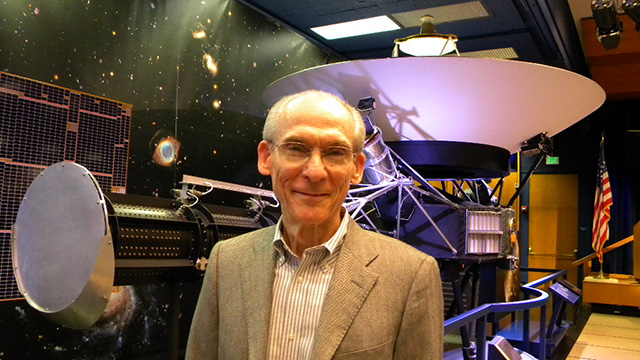 Can you give me an exact date/time and distance from Earth/sun when Voyager 1 entered interstellar space?

The Voyager science team came by this conclusion by combining data about the changes in the charged particles observed on Aug. 25, 2012, the magnetic field data, and new plasma data from April to May 2013.

The new plasma data, that led the team to conclude the spacecraft had entered interstellar space, only have the resolution to point to the month of August 2012. But the charged particles from inside our solar bubble (known as the heliosphere) and outside our solar bubble made their permanent changes on Aug. 25, 2012. The change occurred sometime during a 13-hour period, so it can't be pinned down to the hour.

Where does this rank as a historical event?

Voyager 1 is the most distant object made by human hands. We've never entered the interstellar medium before, or actually sampled interstellar space, before now. It is another first in the history of exploration that includes Ferdinand Magellan's first circumnavigation of Earth; the first planetary flyby in 1962, when NASA's Mariner 2 went by Venus; and Neil Armstrong's first step on the moon.

What kind of an environment is Voyager 1 in?

Voyager 1 is in a new environment just beyond the plasma (the solar wind) emitted by the sun, and immersed in the plasma of interstellar space.

Plasma is the densest and slowest moving of charged particles in space. (The glow of neon in a storefront sign is an example of plasma.) It is the most important marker that distinguishes whether Voyager 1 is inside our solar bubble, which is inflated with the plasma that streams outward from our sun, or outside in interstellar space, which was generated when nearby giant stars exploded millions of years ago.

Voyager 1 is still feeling some solar magnetic and charged particle effects, so it can still feel the influence from our sun. Scientists are not sure when Voyager 1 will reach undisturbed interstellar space.

How do we know Voyager 1 is in interstellar space?

The Voyager team is saying that the Voyager 1 spacecraft entered interstellar space on Aug. 25, 2012, because of new data from April 2013 from Voyager 1's plasma wave instrument. A chance burst of material from the sun occurred around March 2012. It took 13 months for it to travel out to the point in space where Voyager 1 was located at the time, and vibrated the plasma around it. Voyager 1 heard those vibrations - the first time in eight years the instrument team detected tones of this type - and went back through their recent data. They extrapolated Voyager 1's entry into this dense plasma to be August 2012.

A Web video on what Voyager 1 heard can be found at: https://voyager.jpl.nasa.gov/galleries/videos/

How often do these solar events happen?

The sun can have up to several coronal mass ejections, or bursts of solar material, a day during its peak of activity. This time of peak activity is called solar maximum. Voyager 1 and 2 detected massive coronal mass ejections from 1983 to 1984 and from 1992 to 1993. Those massive ejections caused radio waves that can be detected inside the heliosphere. But the St. Patrick's Day solar storms were not considered massive and didn't result in any detectable radio emissions inside the heliosphere. Plasma oscillations, which are what Voyager 1 just detected, can only be heard when a spacecraft is in the interstellar plasma. Voyager 1 was lucky the St. Patrick's Day solar storms reached the interstellar plasma and made it oscillate in the region where Voyager 1 was.

How do we know the plasma that Voyager 1 is seeing is interstellar plasma?

The plasma Voyager 1 saw in April 2013 is more than 40 times denser than plasma that was measured by Voyager 2 in the outer layer of the solar bubble around the same timeframe. The difference is significant. This density is also what has been expected that Voyager would encounter in interstellar space.

How sure are you that you've reached interstellar space?

The plasma wave science team extrapolated their data back to say we entered this dense plasma in August 2012. Because it is an extrapolation, there is some uncertainty. But we do know that the particles from inside our heliosphere (solar particles) basically disappeared for good and outside particles zoomed in at their highest rates on Aug. 25, 2012. So the Voyager science team felt there was now enough evidence to say Aug. 25, 2012, was the day humankind entered interstellar space.

Why didn't Voyager team scientists know earlier they had entered interstellar space more than a year ago?

The Voyager science team needed data on the plasma and time to analyze them.

Data from Aug. 25, 2012 showed lower-energy charged particles that originate from inside our solar bubble disappearing for good, and higher-energy particles from far outside our heliosphere jumping to their highest levels. Those were two of the key signs of interstellar arrival.

These changes were what would have been expected during a crossing of the heliopause, or the boundary between our solar bubble and interstellar space. Scientists also expected an abrupt change in the direction of the magnetic field surrounding the spacecraft as Voyager 1 entered the interstellar magnetic field. When subsequent analysis of magnetic field data indicated there had been no change, the team thought Voyager 1 was likely still inside the solar bubble. Voyager 1 does not have a working plasma sensor, so scientists needed a different way to measure the plasma. That opportunity came with the chance solar outbursts.

What would have happened if Mother Nature didn't help us out and send out one of these periodic outbursts from the sun?

If we did not have that burst of solar material from March 2012 that made it out to interstellar space, the Voyager science team would still be looking for other, indirect ways to understand the plasma environment. Their only strategy would be to see if things changed. For example, they would have looked to see if the magnetic field changed direction or intensity abruptly over time. They would have also kept an eye on changes in the charged particles.

Why did scientists talk about the magnetic field in the past as one of the indicators of interstellar space and stop talking about it now?

Once the actual data on plasma came in from the plasma wave instrument, those data told the team conclusively that the plasma had changed. The change in the plasma was the key observation they were looking for.

How far away is Voyager 1 right now?

What about Voyager 2? Has it encountered interstellar space?

Even though Voyager 2 was launched first, it has not yet reached the interstellar medium. We know from plasma instrument measurements that the Voyager 2 spacecraft is still in the heliosheath. We are keeping a close eye on the Voyager 2 data and are in the process of analyzing it.

How long can Voyager 1 and 2 continue to function?

Voyager 1 and 2 are expected to keep their current suite of fields and particles science instruments on through 2020. (The ultraviolet instrument on Voyager 1 is the only experiment on the scan platform that is still sending back data, though these data don't distinguish between the heliosphere and interstellar space. There is no NASA-funded science team associated with this instrument. It will be turned off in 2014 to conserve power for other instruments.)

The radioisotope thermoelectric generator puts out 4 watts less each year. Therefore, mission scientists have to prioritize which instruments are the most likely to send key data about the heliosphere and interstellar space and turn off the others one by one. Heaters and other spacecraft systems have also been turned off one by one as part of power management.

Even if science data won't likely be collected after 2025, engineering data could continue to be returned for several more years. The two Voyager spacecraft could remain in the range of the Deep Space Network through about 2036, depending on how much power the spacecraft still have to transmit a signal back to Earth.

Where is Voyager 1 going? When will it get there? How about Voyager 2?

Voyager 1 is escaping the solar system at a speed of about 3.5 AU per year, 35 degrees out of the ecliptic plane to the north, in the general direction of the Solar Apex (the direction of the sun's motion relative to nearby stars). Voyager 1 will leave the solar system aiming toward the constellation Ophiuchus. In the year 40,272 AD (38,259 years from now), Voyager 1 will come within 1.7 light years of an obscure star in the constellation Ursa Minor (the Little Bear or Little Dipper) called AC+79 3888.

Voyager 2 is escaping the solar system at a speed of about 3.1 AU per year, 48 degrees out of the ecliptic plane to the south toward the constellations of Sagittarius and Pavo. In about 40,000 years, Voyager 2 will come within about 1.7 light years of a star called Ross 248, a small star in the constellation of Andromeda.