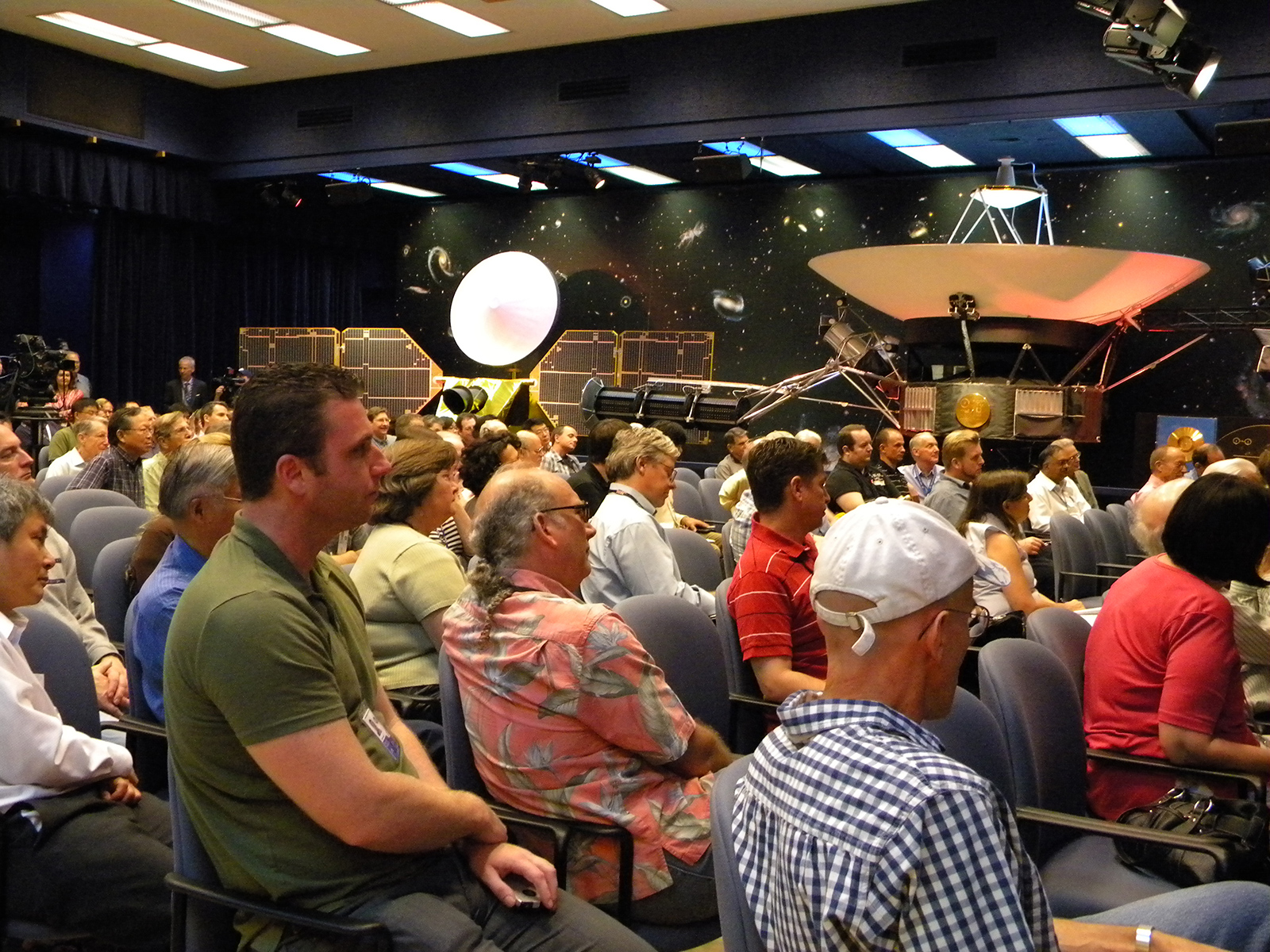 As part of a celebration of 35 years of flight for NASA's Voyager spacecraft, a crowd of engineers and scientists at NASA's Jet Propulsion Laboratory in Pasadena, Calif., gather at von Karman auditorium to listen to insider stories about Voyager. At the top right of the picture is a full-size model of Voyager. Image credit: NASA/JPL-Caltech
› Larger image

What would a birthday party be without cake, music and toasts? Thirty-five years ago today, NASA's Voyager 1 spacecraft launched on its mission of exploration. It is now the most distant human-made object and the second-longest operating spacecraft. (Voyager 2 is the longest.) NASA's Jet Propulsion Laboratory, Pasadena, Calif., which manages the Voyager spacecraft, held a celebration today.

The celebration included remarks by Charles Elachi, the director of JPL; Ed Stone, the Voyager project scientist; Ann Druyan, the creative director of the interstellar message project inscribed on the Golden Record that each Voyager spacecraft bears; Stephanie Wilson, an astronaut and former JPL employee; local dignitaries and others who have played key roles in operating the spacecraft through the years. A band led by a Voyager engineer also played "Johnny B. Goode," one of the songs from the Golden Record. The Golden Record is a 12-inch, gold-plated copper disk containing sounds and images selected to portray the diversity of life and culture on Earth.

For more information about the Voyager spacecraft, visit: https://www.nasa.gov/voyager and https://voyager.jpl.nasa.gov