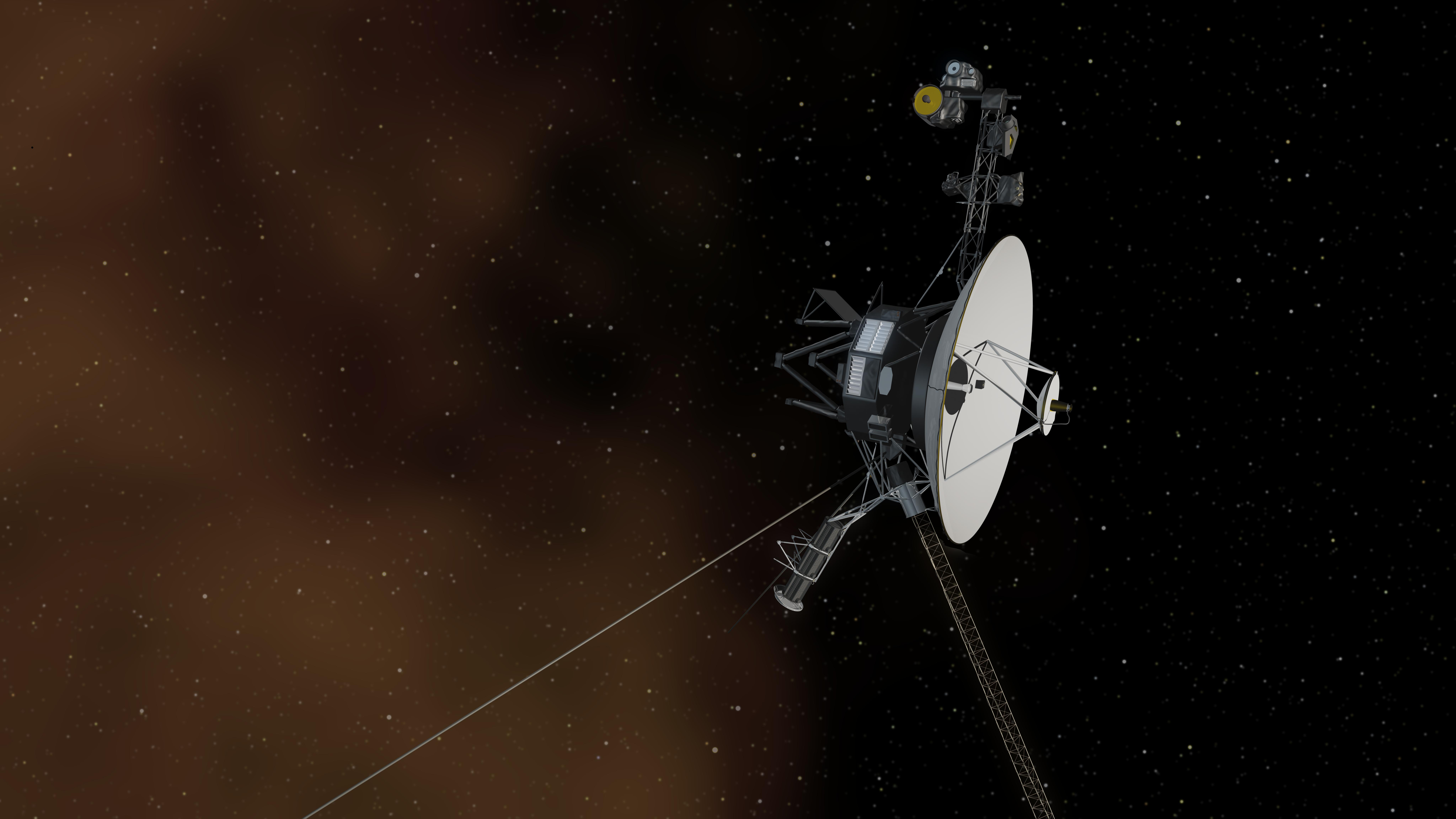 This artist's concept depicts one of NASA's Voyager spacecraft entering interstellar space, or the space between stars. Interstellar space is dominated by the plasma, or ionized gas, that was ejected by the death of nearby giant stars millions of years ago. Credit: NASA/JPL-Caltech
› Full image and caption

Voyager 2 has returned to normal operations following the anomaly on Jan. 25, 2020. The five operating science instruments, which were turned off by the spacecraft's fault protection routine, are back on and returning normal science data.

Mission operators report that Voyager 2 continues to be stable and that communications between Earth and the spacecraft are good. The spacecraft has resumed taking science data, and the science teams are now evaluating the health of the instruments following their brief shutoff.

Engineers for NASA's Voyager 2 spacecraft are working to return the mission to normal operating conditions after one of the spacecraft's autonomous fault protection routines was triggered. Multiple fault protection routines were programmed into both Voyager 1 and Voyager 2 in order to allow the spacecraft to automatically take actions to protect themselves if potentially harmful circumstances arise. At NASA's Jet Propulsion Laboratory in Pasadena, California, engineers are still communicating with the spacecraft and receiving telemetry.

Launched in 1977, Voyager 1 and Voyager 2 are both in interstellar space, making them the most distant human-made objects in the solar system. On Saturday, Jan. 25, Voyager 2 didn't execute a scheduled maneuver in which the spacecraft rotates 360 degrees in order to calibrate its onboard magnetic field instrument. Analysis of the telemetry from the spacecraft indicated that an unexplained delay in the onboard execution of the maneuver commands inadvertently left two systems that consume relatively high levels of power operating at the same time. This caused the spacecraft to overdraw its available power supply.

The fault protection software routine was designed to automatically manage such an event, and by design, it appears to have turned off Voyager 2's science instruments to make up for the power deficit. As of Jan. 28, Voyager engineers have successfully turned off one of the high-power systems and turned the science instruments back on but have not yet resumed taking data. The team is now reviewing the status of the rest of the spacecraft and working on returning it to normal operations.

Voyager's power supply comes from a radioisotope thermoelectric generator (RTG), which turns heat from the decay of a radioactive material into electricity to power the spacecraft. Due to the natural decay of the material inside the RTG, Voyager 2's power budget goes down by about 4 watts per year. Last year, engineers turned off the primary heater for the Voyager 2 cosmic ray subsystem instrument in order to compensate for this power loss, and the instrument continues to operate.

In addition to managing each Voyager's power supply, mission operators must also manage the temperature of certain systems on the spacecraft. If, for example, the spacecraft fuel lines were to freeze and break, Voyager would no longer be able to point its antenna back at Earth to send data and receive commands. The temperature of the spacecraft is maintained either through the use of heaters or by taking advantage of excess heat from other onboard instruments and systems.

It has taken the team several days to assess the current situation primarily because of Voyager 2's distance from Earth - about 11.5 billion miles (18.5 billion kilometers). Communications traveling at the speed of light take about 17 hours to reach the spacecraft, and it takes another 17 hours for a response from the spacecraft to return to Earth. As a result, mission engineers have to wait about 34 hours to find out if their commands have had the desired effect on the spacecraft.