VOYAGES THROUGH THE HELIOSPHERE 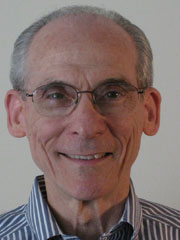 The twin Voyager spacecraft, launched in 1977 to travel to and explore Jupiter, Saturn, Uranus and Neptune, have made many intriguing discoveries, including a possible ocean of liquid water on one of Jupiter's moons. On page 71, long-time Voyager project scientist Edward Stone of the California Institute of Technology in Pasadena and his colleagues detail Voyager 2's latest finding -- that the 'bubble' formed around the Solar System by supersonic solar wind is asymmetrical and dynamic. Stone tells Nature that the Voyager crafts will deliver more 'firsts' when they reach interstellar space.

What was Voyager 2's recent discovery?

The supersonic wind from the Sun blows at 400 kilometres per second, and creates a bubble called the heliosphere. We already knew that this wind slows abruptly as it approaches the heliosphere's boundary and comes up against interstellar wind, resulting in a sonic shock. In 2004, Voyager 1 crossed that shock in the northern part of the Solar System at about 94 astronomical units (AU). [1 AU is the distance from Earth to the Sun.] Then, in 2007, Voyager 2 crossed the shock at 84 AU in the southern Solar System. So the heliosphere must be asymmetrical. This is probably due to an interstellar magnetic field pushing inwards more in the south than the north.

Did the shock crossing hold surprises?

Yes. We expected the solar wind ions to be heated, possibly to 1,000,000 °C, by the kinetic energy generated when the wind suddenly slows. Instead, the bulk of the kinetic energy heated interstellar ions in the heliosheath -- the outer layer of the heliosphere. These data also suggest that the shock is dynamic and constantly reforms itself, rather than being a stable, permanent structure as most models assume.

Why is it important to map the heliosphere?

The complex interaction between the solar wind -- which changes during the solar cycle -- and material outside the Solar System determines how large the bubble is and how well we are protected from galactic cosmic rays in interstellar space.

See also pages 24 and 38, and online video at http://www.nature.com/nature/videoarchive/voyager.