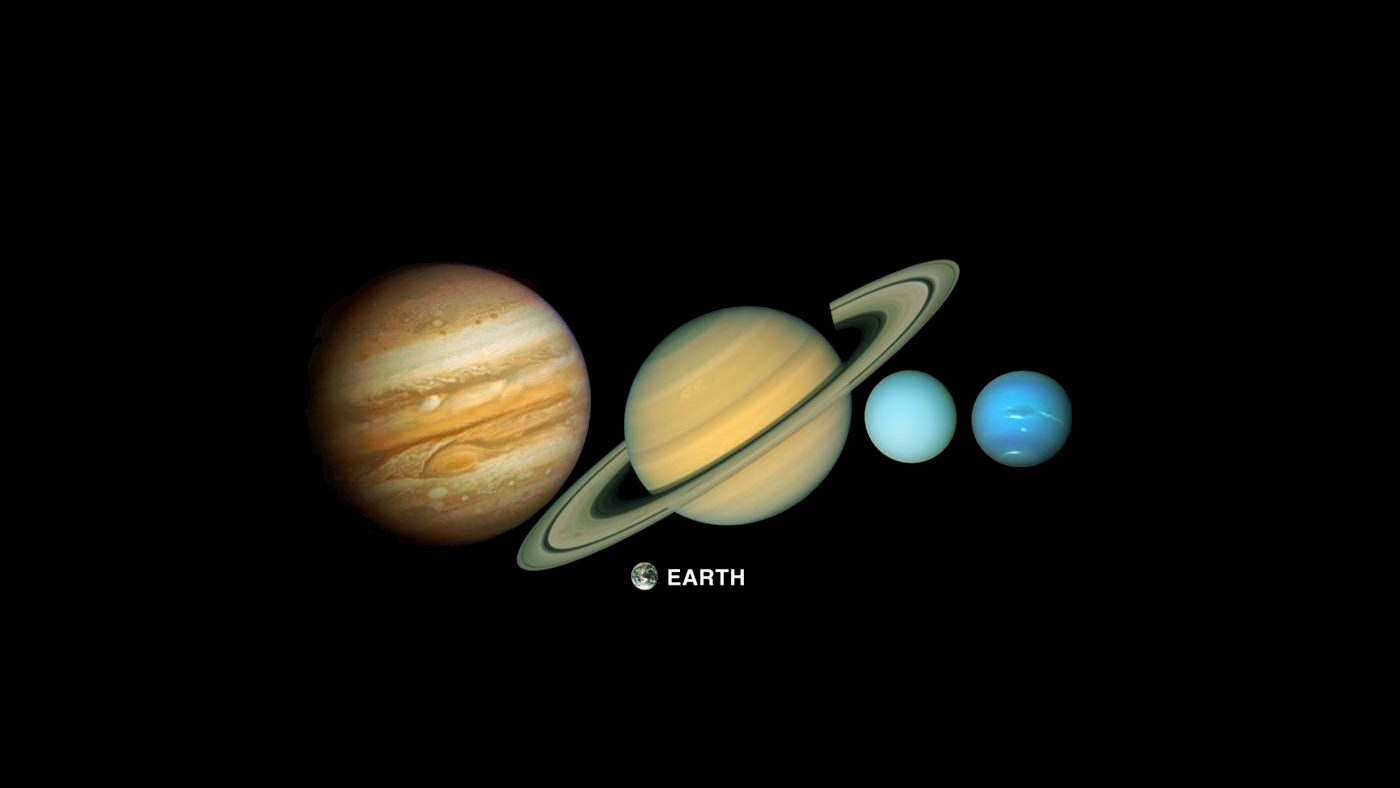 This montage of images of the planets visited by Voyager 2 was prepared from an assemblage of images taken by the 2 Voyager spacecraft. The Voyager Project is managed for NASA by the Jet Propulsion Laboratory, Pasadena, California. › larger image

Few missions can match the achievements of NASA's groundbreaking Voyager 1 and 2 spacecraft during their 40 years of exploration. Here's a short list of their major accomplishments to date.

Launched in 1977, the Voyagers delivered many surprises and discoveries from their encounters with the gas giants of the outer solar system: Jupiter, Saturn, Uranus and Neptune. Between 1977 and 1990, the mission attained these distinctions:

After Voyager 1 departed from Saturn in November 1980, it began a journey to where no human-made object had ever gone before: the space between the stars. On August 25, 2012, it crossed over into interstellar space, leaving behind the heliosphere -- the enormous magnetic bubble encompassing our Sun, planets and solar wind. Voyager 2 set course for interstellar space after departing from Neptune in August 1989, and is expected to enter interstellar space in the next few years. Together the Voyagers have taught us a great deal about the extent of our sun's influence and the very nature of the space that lies beyond our planets.

Engineering and Computing Firsts and Records

The Voyagers, which launched with nearly identical configurations and instruments, were designed to withstand the harsh radiation environment of Jupiter -- the greatest physical challenge they would ever encounter. Preparations for the peril at Jupiter ensured that the Voyagers would be well equipped for the rest of their journeys, too. Engineering and computing advances that the Voyagers debuted set the stage for future missions.

Beyond that, the Voyager spacecraft continue setting endurance and distance records:

The Voyager spacecraft were built by NASA's Jet Propulsion Laboratory, Pasadena, California, which continues to operate both. JPL is a division of Caltech in Pasadena. The Voyager missions are a part of the NASA Heliophysics System Observatory, sponsored by the Heliophysics Division of the Science Mission Directorate in Washington.

For more information about the Voyager spacecraft, visit:
http://www.nasa.gov/voyager
https://voyager.jpl.nasa.gov