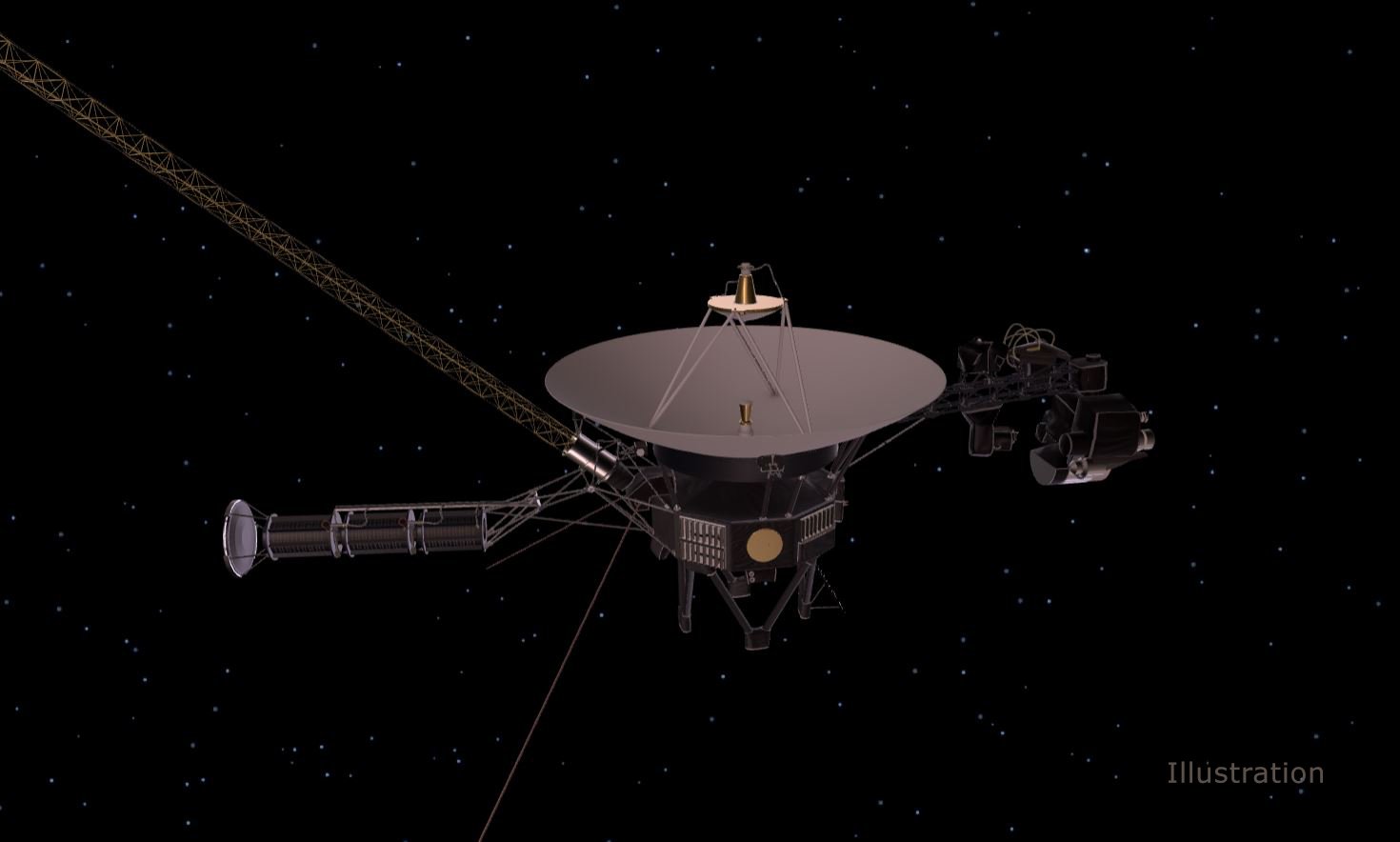 Voyager's high-gain antenna, seen at the center of this illustration of the NASA spacecraft, is one component controlled by the attitude articulation and control system (AACS). Credit: NASA/JPL-Caltech

Engineers have repaired an issue affecting data from NASA's Voyager 1 spacecraft. Earlier this year, the probe's attitude articulation and control system (AACS), which keeps Voyager 1's antenna pointed at Earth, began sending garbled information about its health and activities to mission controllers, despite operating normally. The rest of the probe also appeared healthy as it continued to gather and return science data.

The team has since located the source of the garbled information: The AACS had started sending the telemetry data through an onboard computer known to have stopped working years ago, and the computer corrupted the information.

Suzanne Dodd, Voyager's project manager, said that when they suspected this was the issue, they opted to try a low-risk solution: commanding the AACS to resume sending the data to the right computer.

Engineers don't yet know why the AACS started routing telemetry data to the incorrect computer, but it likely received a faulty command generated by another onboard computer. If that's the case, it would indicate there is an issue somewhere else on the spacecraft. The team will continue to search for that underlying issue, but they don't think it is a threat to the long-term health of Voyager 1.

"We're happy to have the telemetry back," said Dodd. "We'll do a full memory readout of the AACS and look at everything it's been doing. That will help us try to diagnose the problem that caused the telemetry issue in the first place. So we're cautiously optimistic, but we still have more investigating to do."

Voyager 1 and Voyager 2 have been exploring our solar system for 45 years. Both probes are now in interstellar space, the region outside the heliopause, or the bubble of energetic particles and magnetic fields from the Sun.

A division of Caltech in Pasadena, JPL built and operates the Voyager spacecraft. The Voyager missions are a part of the NASA Heliophysics System Observatory, sponsored by the Heliophysics Division of the Science Mission Directorate in Washington.